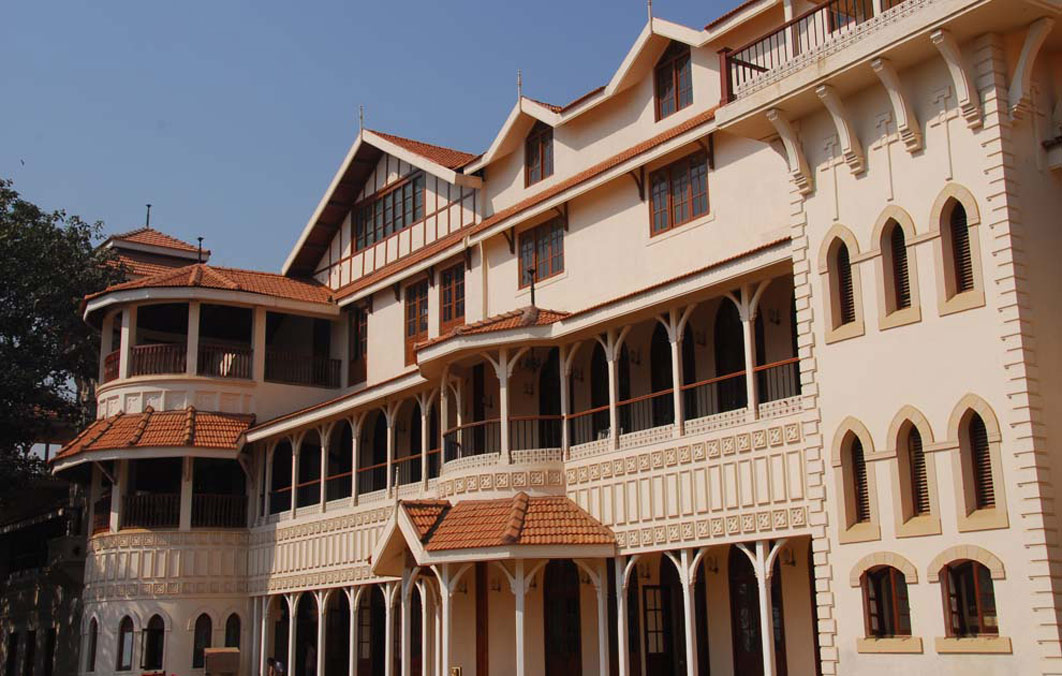 OLD YACHT CLUB MUMBAI : The original building was completed in 1881. John Adams was the architect for the for the club premises. In 1976 due to structural reasons about one third of the existing building was demolished and R.C.C. interventions introduced. 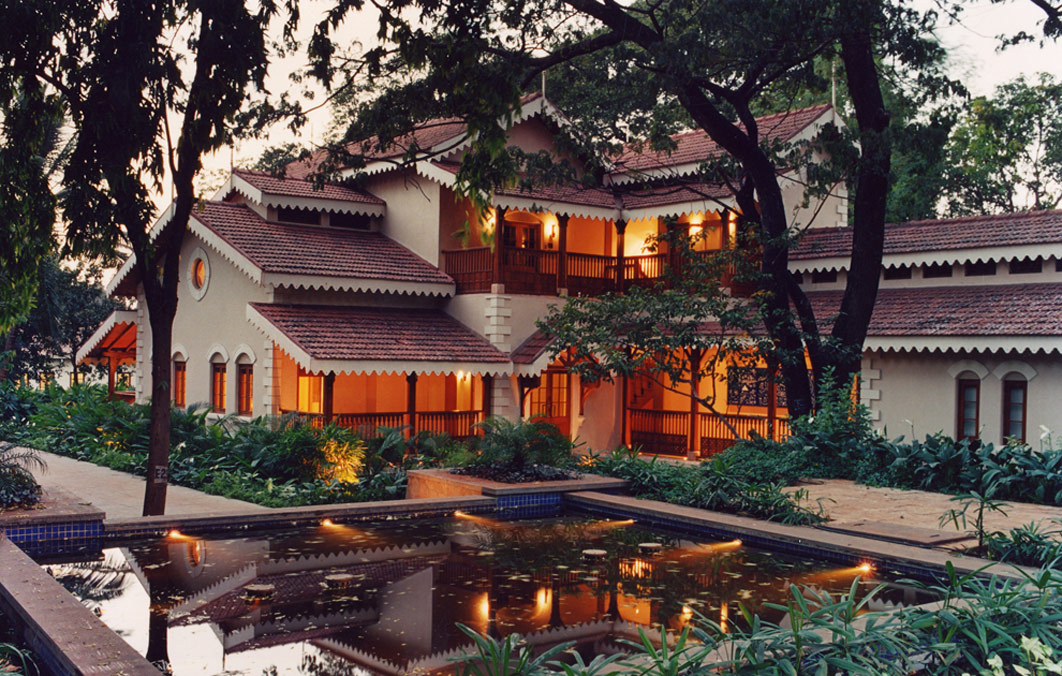 TCS CAMPUS : TCS Banyan Park won the URBAN HERITAGE AWARD of the Indian Heritage Society in 2007. Spread over 22 acres of land in the Mumbai suburb of Andheri, full of old trees, is located the Tata Consultancy Services campus, also known as Banyan Park. 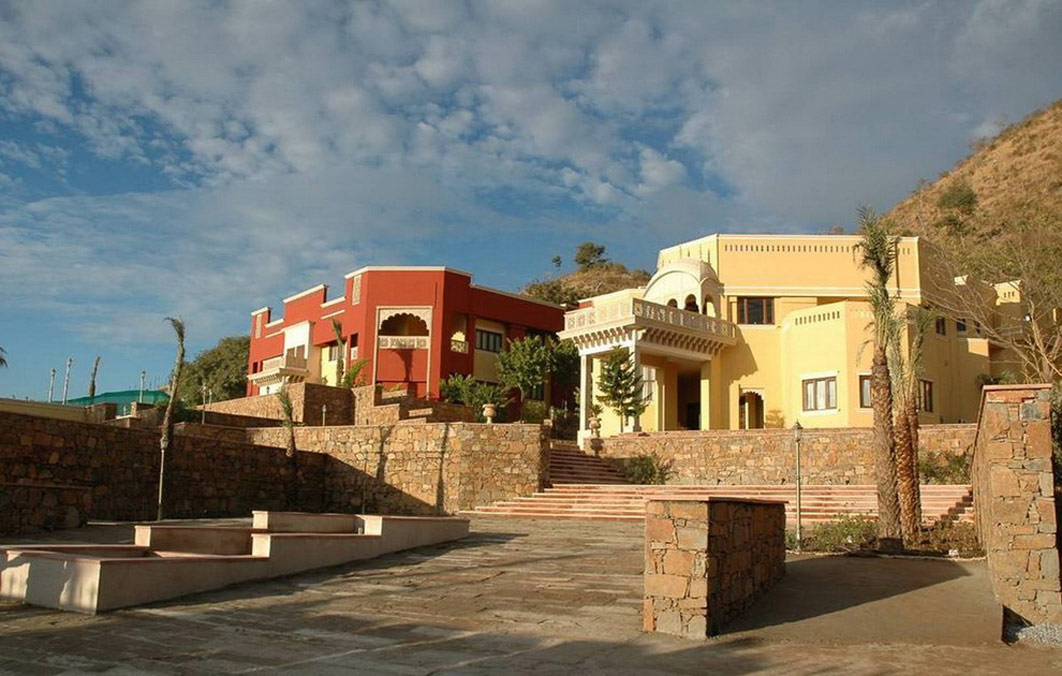 CLUB MAHINDRA FORT RESORT : The Resort near the romantic fort of Kumbalgarh was developed in a contemporary vocabulary, but was inclusive of the architectural traditions of the region. Local craftsmen were used both in the civil & interior works. 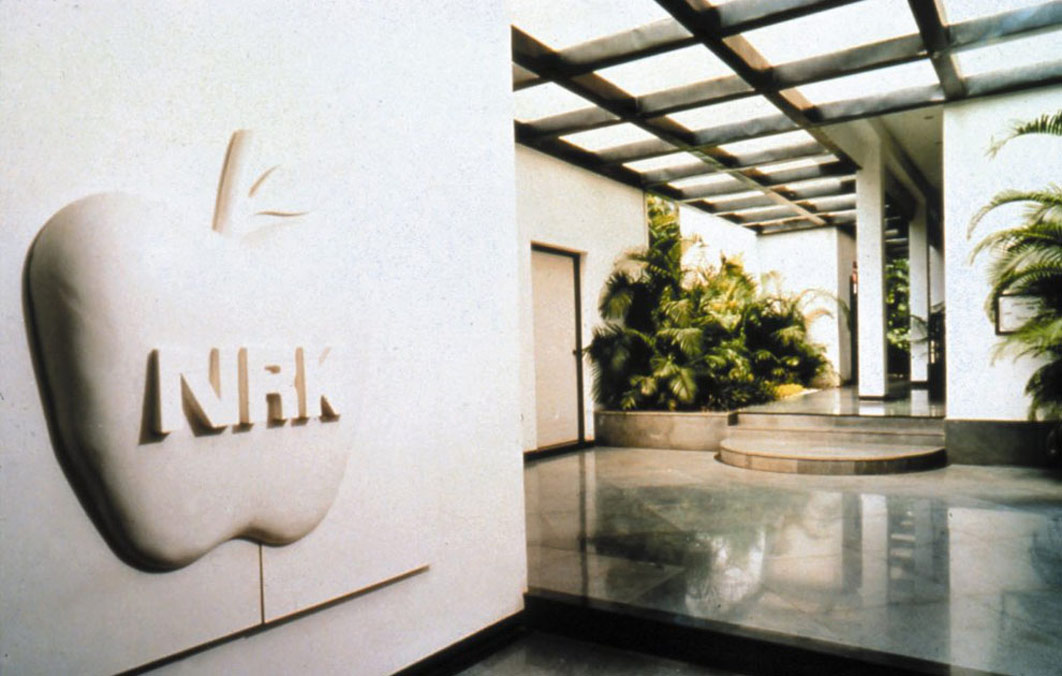 NRK HOUSE : Lower Parel in Mumbai became a desolate run-down mill area as strikes and new technology resulted in the closure of several textile mills. However, many of these old buildings are structurally sound and have brute architectural strengths and sensibilities. 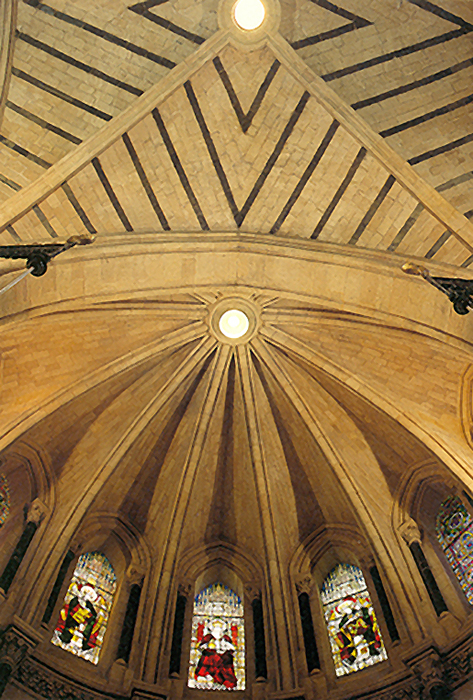 St. THOMAS CATHEDRAL CHURCH: There are some buildings that connect us to the past and to each other and that show us who we are. These are worth holding onto. The Cathedral Schools and their church are among such buildings. India had acquired many valuable legacies from the British rule, ranging from intangibles like languages, social customs, administrative and judicial systems to a colonial heritage. The fort precinct is an important image center for the greater Mumbai region. 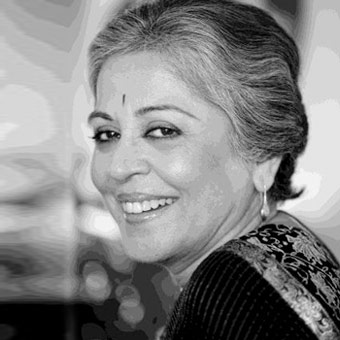 Brinda Somaya is an architect and urban conservationist. Upon completion of her Bachelor of Architecture from Mumbai University and her Master of Arts from Smith College in Northampton, MA, USA, she started her firm Somaya and Kalappa Consultants in 1978 in Mumbai, India. In May 2012 she was the recipient of an Honorary Doctorate from her alma mater, Smith College. In 2014 she was awarded the Indian Institute of Architects – Baburao Mhatre Gold Medal for Lifetime Achievement. In 2015 she was honoured as Distinguished Professor by the Indian Education Society’s College of Architecture (IES), Mumbai.

Over three decades she has merged architecture, conservation and social equity in projects ranging from institutional campuses and rehabilitation of an earthquake-torn village to the restoration of an 18th century Cathedral, showing that progress and history need not be at odds. Her philosophy: ‘the Architect’s role is that of guardian – hers is the conscience of the built and un-built environment.’ This belief underlines her work that spans large corporate, industrial and institutional campuses and extends to public spaces, which she has rebuilt and sometimes reinvented as pavements, parks and plazas. Master-planning and building design of multiple corporate and educational campuses has become one of her areas of expertise. Some of these award-winning campuses include Tata Consultancy Services, Banyan Park, Mumbai; Nalanda International School, Vadodara; and Zensar Technologies, Pune. Her firm has recently won the competition for the `Restoration and Upgradation of the historic Louis Kahn Buildings of the Indian Institute of Management, Ahmedabad (IIM-A)

Brinda is a Member of the National Advisory Board of NCSHS (National Centre for Safety of Heritage Structures) 2014 Under the Aegis of the Ministry of Human Resources Development (Government of India) IIT-Madras and also the Member of the Editorial Board for MARG Architectural Books. As a member of the Committee of `Environmental Impact Assessment of New Construction Projects for `Ministry of Environment & Forests’ Government of India, the Mumbai Urban Heritage Conservation Committee, and Mumbai’s Initiative for the Protection and Improvement of Streets and Public Spaces, Brinda Somaya has been actively involved in participating in her country’s and city’s development. She was also on the IAWA board of Advisors (International Archives of Women in Architecture), U.S.A. and Founder Trustee of the HECAR Foundation which has brought out several publications on Heritage and Architecture.

She chaired a conference & organized a seminal exhibition

on the Work of Women Architects with a focus on South Asia in Mumbai. In addition `The Hecar Foundation has brought out several books/documents such as `An Emancipated Place’: Women in Architecture 2000+, `Silent Sentinels’ Traditional Architecture of Coorg, `The Cathedral Schools Portfolio and `The Mumbai Esplanade Project’. The most recent publication is the `Vanishing Homes of India' which documents one Photographer's T.S.N. Nagarajan's memorable journey across the country in his quest for century-old homes and fading lifestyles.

Over the years, she has won numerous international and national awards. In 2004 Brinda Somaya won the UNESCO Asia-Pacific Heritage award for the restoration of the St.Thomas’ Cathedral in Mumbai. She is also a Leading European Architects Forum award winner for the new Nalanda Schools Campus in Baroda in 2006. She was the first woman to have won the Wienerberger Golden Architect Award for lifetime achievement - a peer award, in 2007. In 2008 a mention was awarded to Brinda Somaya by the UIA (International Union of Architects) Sgoutas Prize for alleviation of poverty for her Bhuj Village Project. Two of her projects were also nominated for the Aga Khan award. In 2013 she was chosen as one of the 100 GLOBAL PUBLIC∙INTEREST∙DESIGN persons working at the intersection of design and service globally.

Brinda has delivered analytical and critical talks as well as presented papers in India and abroad on her work – and other connected subjects. She has given lectures in the U.S.A, U.K., Australia, Pakistan, Sri Lanka & India and her work has been exhibited in the USA, UK & Japan. She has served as an Examiner & Jury Member in India & Abroad.