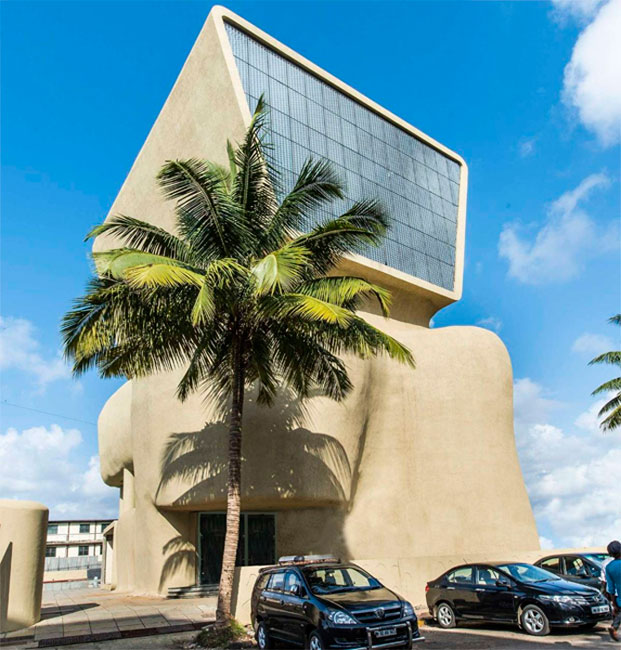 BOMBAY ARTS SOCIETY This is a carefully planned, organic building, designed for artistic & cultural exposition, in the city of Mumbai. Located within a tight plot of 1300sq.m, the sculptural profile of the building generates 2 discrete spaces that inhabit different programs & users. 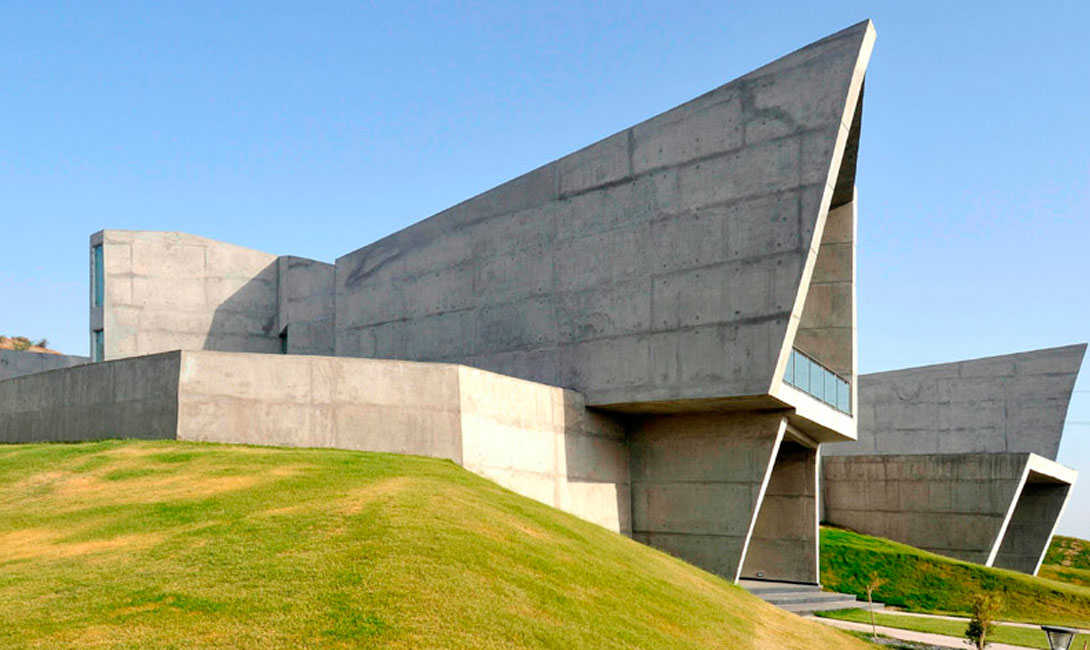 THE COURTYARD HOUSE Located at the edge of a cement plant in Rajasthan, India, the house is designed in response to a climate with long summer months of 450C average temperature. 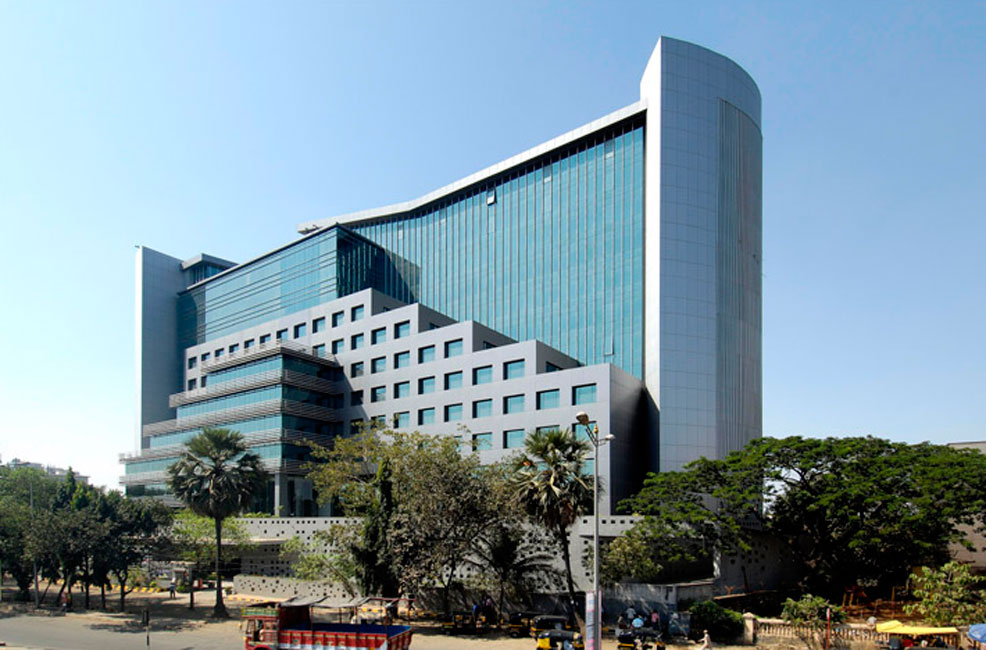 THE CRESCENT Situated on a small site abutting a road junction, this single level office building creates a sculptural presence. 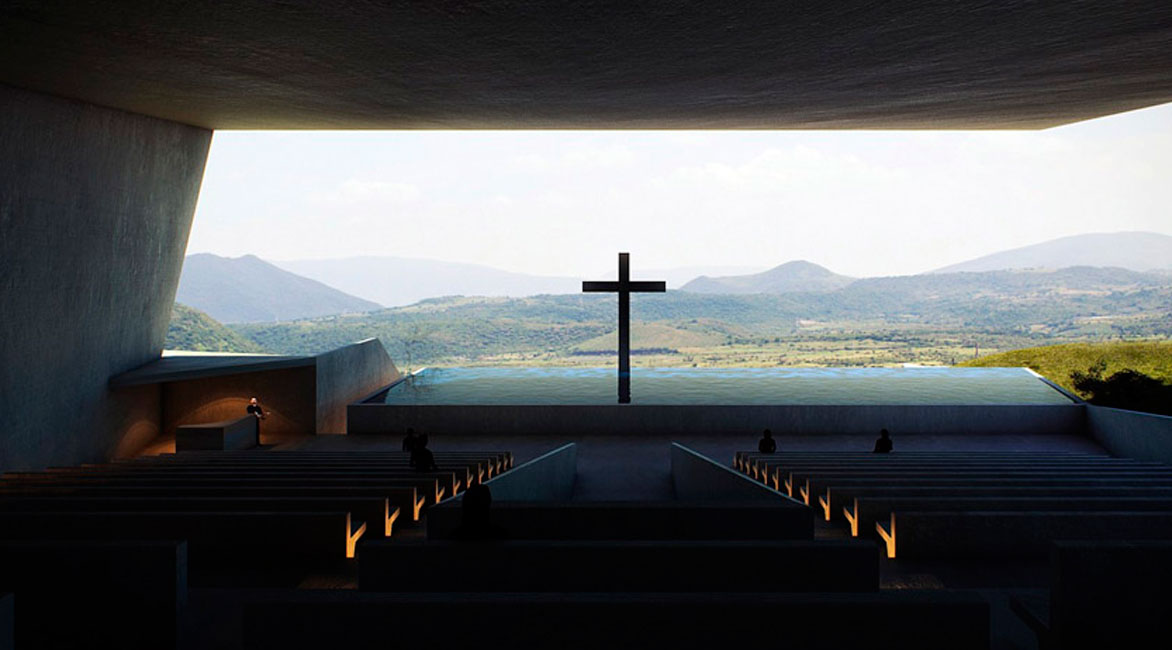 CHAPEL AT MURCIA Framing a gently undulating landscape with a view of the ocean in the distance this small chapel is perched at a height of 90m on a steeply sloping hill. 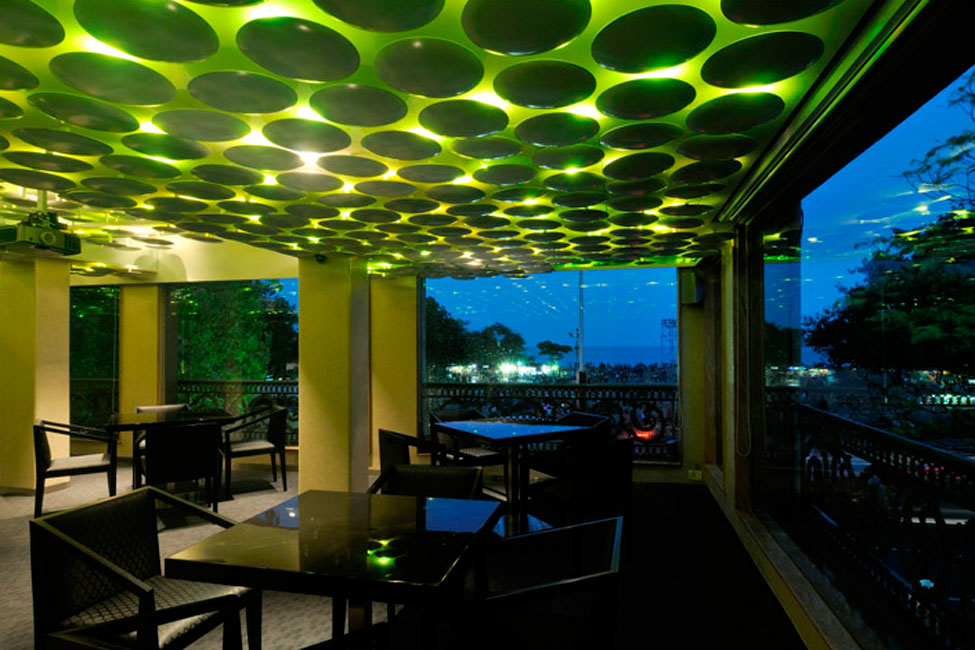 SAFFRON BAY Located in Mumbai, the restaurant enjoys a clear view of the beach and the sea. A complete black envelope for the entire space is punctured by vividly colored private dining areas, each one depicting a type of Indian art. 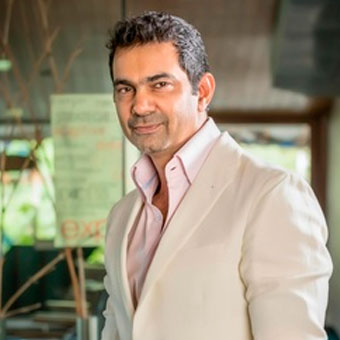 Winning the LEAF World Future Building of 2015, being the overall winner of MIPIM Architectural Review Future Projects 2014 at Cannes, France and winning 5 A + Architizer Awards in New York in 2016 , 2014 & 2013, Sanjay Puri Architects have now won 99 international architecture awards. The Chicago Athenaeum Museum of Architecture & Design’s International Architecture Awards in 2016,2014, 2012 & 2011, 8 World Architecture Festival Awards in 2015, 2014,2012, 2011 & 2010, 5 Society of American Registered Architects Awards (SARA), New York, 12 World Architecture Community Awards U.K and 3 Hospitality Design Awards New York in 2015,2012 & 2010 are some of the other awards won by the firm in last 3 years. With 99 international awards and over 100 national awards, the firm has won architectural projects in Spain, Montenegro, Mauritius, Abu Dhabi, Dubai, Montreal and Dallas in addition to projects in 40 Indian cities. With a diverse portfolio of townships, schools, hotels, retail and office buildings, they continue their quest for creating innovative design solutions that are sustainable on a large scale. With a firm strength of 72, evolving design solutions that are contextual and creating spaces that revolutionize the way they are experienced form the essence of the firms design philosophy